Na Kamalei: The Men of Hula

Robert Cazimero and the only all-male hula school in Hawaii celebrate their 30th anniversary and prepare for the world’s largest hula festival. 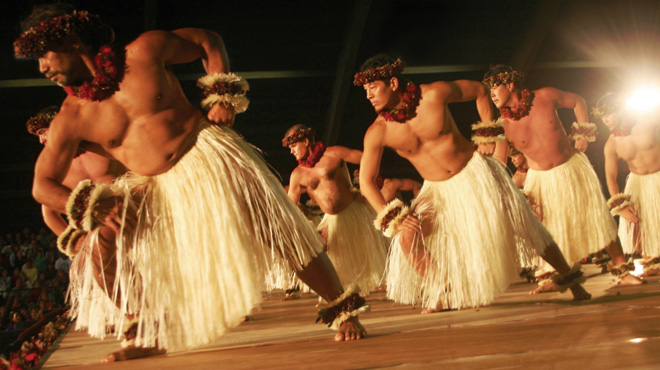 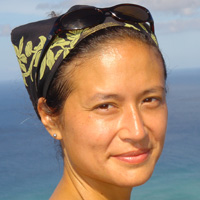 Co-founder of bluestocking films and hula dancer Lisette Marie Flanary creates documentary films that celebrate a modern renaissance of the hula and Hawaiian culture. She is the writer, producer, and director of Lehua Films and her award-winning documentaries America Aloha: Hula Beyond Hawaii, Nā Kamalei: The Men of Hula, and One Voice have broadcast… Show more nationally on public television and shown in film festivals around the world. Her film Tokyo Hula examines the explosive popularity of hula in Japan.

Flanary is a graduate of New York University's Tisch School of the Arts in Film and Television Production and received her M.F.A. in creative writing at the New School University. Show less

From tourist kitsch to old Hollywood movies, many people are familiar with romanticized images of women dancing the hula in Hawaii. While few are aware of the sacred traditions of the dance, the role of male hula dancers has long been overshadowed by Western concepts of gender and sexuality. From ancient times, when men learned the dance along with the martial arts of battle, to the suppression of the dance under missionary ban, the hula survived underground for many years until the cultural renaissance of the 1970s.

In 1975, at the height this revival, master hula teacher Maiki Aiu Lake asked her student, legendary entertainer Robert Cazimero, to open a school for only male dancers. With six young high school students, Robert Cazimero founded Halau Na Kamalei, and it suddenly became “hot” for men to dance hula again. Celebrating the halau’s (school’s) 30th anniversary, Na Kamalei: The Men of Hula tells a story of Hawaiian pride and examines male roles in Hawaiian culture, both past and present.

Blending dance and culture with the personal stories of the men, the film follows the dancers — who range in age from 18 to 55 years old — as they return to the largest hula competition in the world. Often called the “Superbowl of Hula,” the stakes are high at the Merrie Monarch Hula Festival.

Na Kamalei: The Men of Hula highlights the men’s ageless joy of dancing to reveal a renaissance that is not fading, but continuing the proud legacy of men performing the art of hula.