No Problem! Six Months with the Barefoot Grandmamas

This film follows the rural solar electrification project run by the Barefoot College in the village of Tilonia in the state of Rajasthan, India, where numerous women from all over the world with limited to no access to education are being trained as solar engineers. 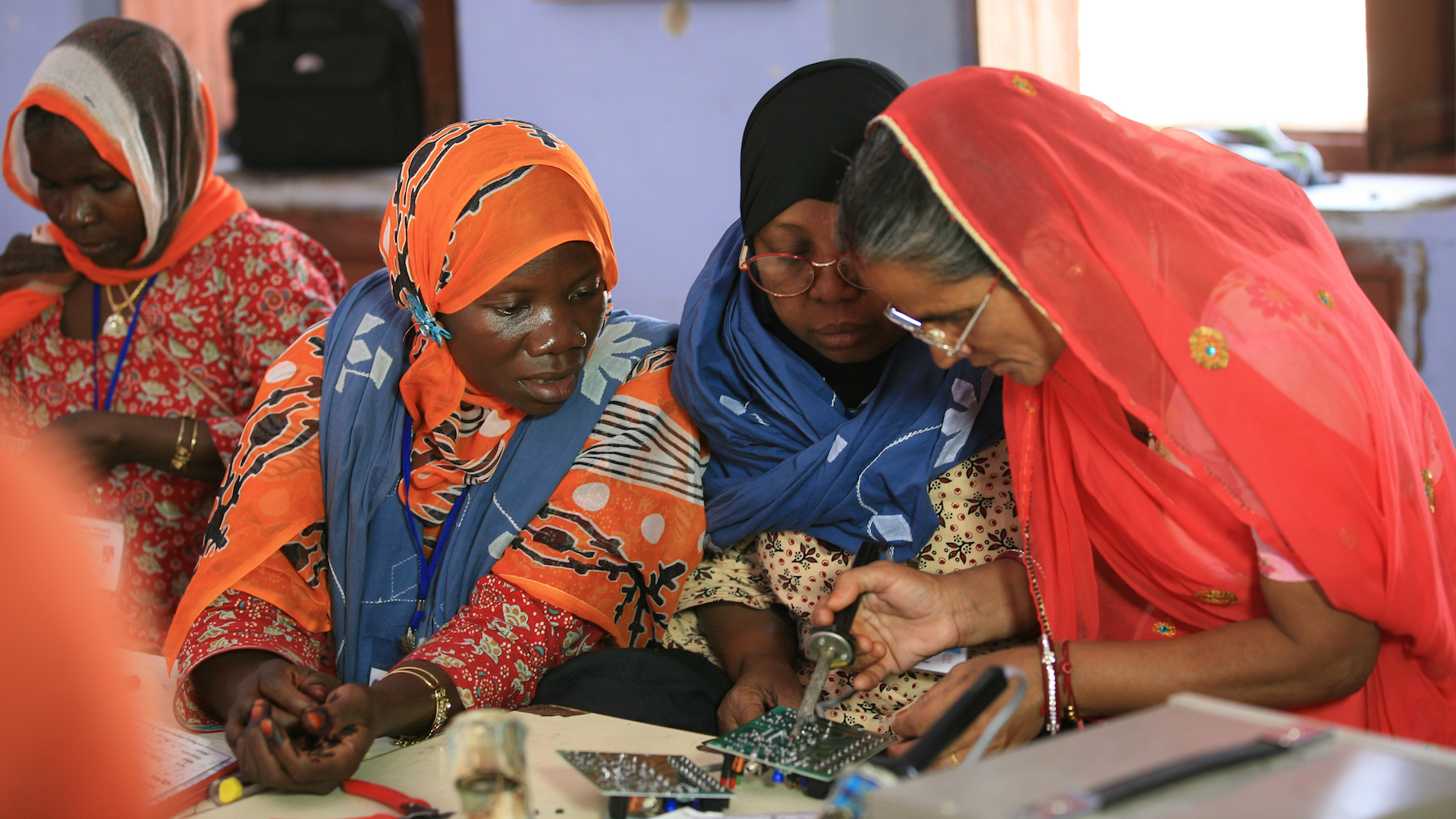 No Problem! - Six Months with the Barefoot Grandmamas is about the rural solar electrification project run by the Barefoot College in the village of Tilonia in the state of Rajasthan, India, where numerous illiterate rural women from all over the world, particularly Africa, are being trained as solar engineers. The solar-electrification project symbolizes hope – as a simple idea originating from a little known village in India has the potential to impact global communities.

The film follows the story of the 2011 batch of African women, from Tanzania-Zanzibar, South Sudan, Malawi, and Liberia, as they live together in Tilonia — leaving their families and their countries for the first time in their lives. The women live and learn together for six months without knowing each other’s languages, but sharing a unifying goal – to become solar engineers and bring electricity to their villages which have never had light.

No Problem! is the story of these courageous women–most of them middle aged grandmothers –full of optimism, often fighting against their traditional roles and duties, to be a part of a life-transforming journey not only for themselves but for all those who they will take back light for. Through their stories, a fascinating tale of sustainability, demystification of technology, and social inclusion unfolds.