A family struggles to escape a stark economic wasteland in hopes of immigrating illegally to a new land of opportunity. 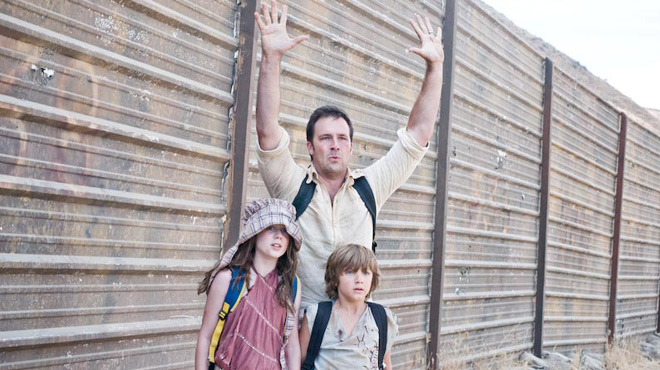 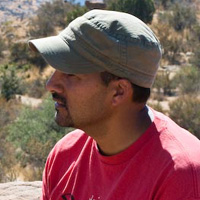 A graduate of the prestigious NYU Tisch School of the Arts Graduate Film Program, Amyn Kaderali is a recipient of the Martin Scorsese Young Filmmaker Award and the Perry Ellis Breakthrough Filmmaker Award. His short films have won awards worldwide and he has written several screenplays for producers and major studios, including Miramax/Dimension… Show more Films. His latest film, the feature romantic comedy Kissing Cousins won the Audience Choice Award at the 2008 Asian American Int’l Film Festival and was released in August. Amyn has also worked extensively in television, most recently as a director-producer for the upcoming reality TV shows Greenspace and Crash Course to Stardom. Show less

The film opens in a destitute, empty desert town in the year 2040. A radio report in Spanish gives us a glimpse of the situation: the unemployment rate is at 86 percent, gangs are running rampant, and food and water are desperately scarce. The days of mega-malls, cheeseburgers and milkshakes are a decade in the past; now only poverty and desperation remain.

Jeff is a desperate father plotting his escape with his two kids, Tyler and Jenny, to the other side of the border, where there are jobs and food and wealth. They climb into the back of a commercial truck, hoping to be smuggled across, and are soon joined by a gun and drug smuggler. Things go awry when a border guard suspects the driver to be carrying more than clothes and toys.

Narrowly escaping before the guard can stop the driver, the stowaways must find other means of making it across. The family trudges over steep, dry terrain toward the border fence. They dodge vigilantes who hunt for human targets along the fence. If their water or their luck dries up, they could die of exposure.

As they try in vain to scale the border fence, they are spotted by another border guard. Just as they think their flight is over, the gun smuggler they met earlier rescues them and shows them a culvert that passes under the fence.

They emerge safely on the other side, a land of opportunity and prosperity called ... Mexico. While a bigoted politician rails against the influx of illegal Americans entering the country and taking jobs, the kids are reunited with their mother, who had sought refuge earlier in a nearby church.

Inspired by the current immigration debate in the U.S., writer-director Amyn Kaderali’s film The Other Side seeks to provoke American audiences into considering a different perspective: What if we Americans were one day immigrating ourselves? Would we want to be treated the same way Latino immigrants are treated here? Kaderali hopes his film will serve as a warning to those in America who fail to realize that one day they too could be desperately crossing into another country in the hopes of a better life for themselves and their families.