Return to the Border

A Chinese-born filmmaker reflects on the personal ramifications of the political ideals of communism and socialism. 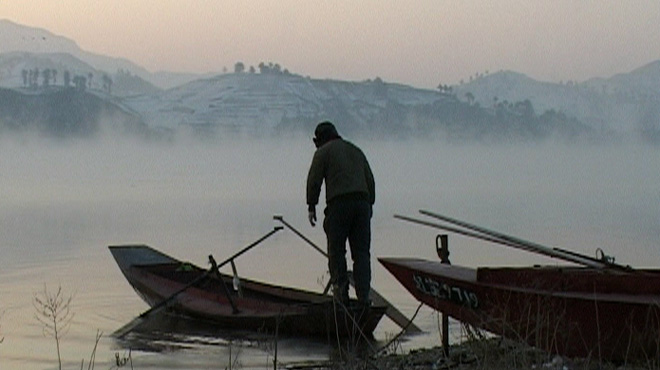 Chinese filmmaker Zhao Liang grew up in Dandong, near the border with North Korea, when the socialist countries were allies. However, as China started trading with capitalist South Korea in the 1990s, North Korea branded China as an enemy. Reflecting on recent history while trying to assess how things have changed since his youth, the filmmaker returns to Dandong, where he talks to a former resident of North Korea and ventures across an old railway bridge leading into Pyongyang for a brief covert tour of China’s former friendly neighbor.