From Pelican Bay State Prison, Sansón’s life is defined by borders—between Mexico and the U.S., fact and fiction, personal choice and systemic force. 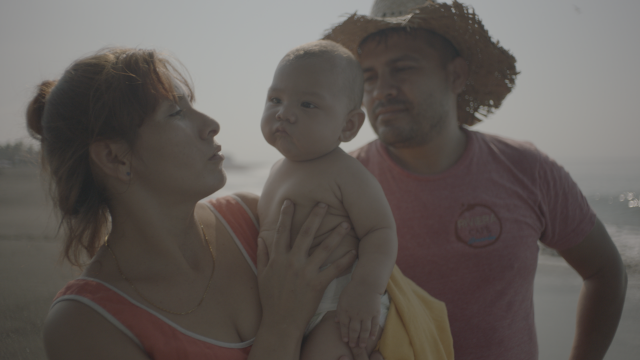 Rodrigo Reyes has received the support of Tribeca Film Institute, Sundance Institute, California Humanities Council, Film Independent, IFP Narrative and Documentary Labs, the Mexican Film Institute, and more. In 2015, his documentary Purgatorio was selected as the Season Premiere for America ReFramed. In 2017, Rodrigo was selected for the… Show more Spotlight on Storytellers Award by Sundance Institute and was named a Guggenheim Fellow. Show less

Su Kim is an Academy Award-nominated and Emmy®️ and Peabody Award-winning producer. Her films in release include Bitterbrush; the OSCAR®️ and Primetime Emmy®️-nominated Hale County This Morning, This Evening; and Midnight Traveler.

Set in rural California and Mexico’s Pacific coast, director Rodrigo Reyes' documentary is a moving portrait of the unlikely friendship of two Mexican migrants, told within the frame of the dramatic clash between systemic forces and personal choices that envelop young, incarcerated men of color in America.

Sansón’s life is defined by borders—between Mexico and the United States, between freedom and incarceration, between fact and fiction. While serving two life sentences for first-degree murder in Pelican Bay State Prison, Sansón grapples with the ways he has traversed these borders, moving from country to country, from rural California to solitary confinement, and from the truths of his life to the mythologies he’s created. A tale told through dramatic reenactments, Sansón and Me recreates a life of multilayered border crossing as told by Sansón to his interpreter-turned-friend, filmmaker Rodrigo Reyes. In vividly portraying Sansón’s life from orphaned Mexican child to American prisoner, Reyes reveals one man’s attempt at reconciling the things that have happened to him and the things he has brought on himself.