In an industry dominated by genetically modified seeds, a poor farmer struggles to survive by smuggling now-illegal organic seeds. 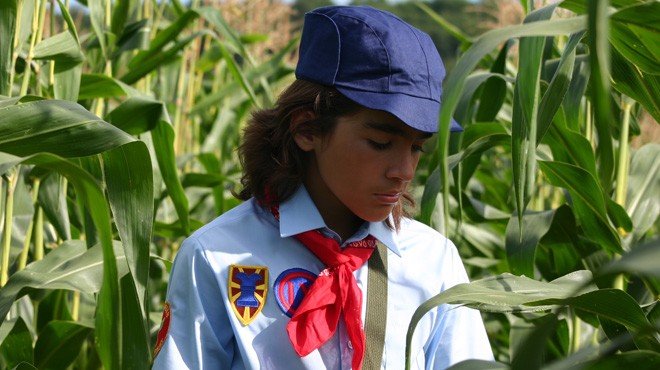 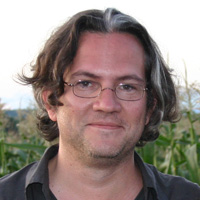 Hugo Perez is a filmmaker and writer whose work often focuses on his Cuban heritage. He is a recipient of the 2009 Estela Award for documentary filmmaking as well as the prestigious 2008 Rockefeller Foundation/Tribeca Film Institute Emerging Artist Fellowship in support of his feature screenplay Immaculate Conception. His short film, Betty La Flaca was… Show more the winner of the 2006 HBO/NYILFF Short Film Award and is being broadcast on the HBO networks through Fall 2008. His previous short film Juliet Y Ramon was broadcast as part of the 2005 Showtime Latino Filmmaker Showcase, and was recently re-broadcast on the PBS series Reel New York. Hugo is producer and director of the feature documentary Neither Memory Nor Magic, which is narrated by the Academy Award-nominated Patricia Clarkson and edited by Academy Award-nominated filmmakers Francisco Bello and Tim Sternberg. Perez is also the producer and director of the documentary Summer Sun Winter Moon, which aired on PBS in November 2009. Hugo has studied writing with Gabriel Garcia Marquez, collaborated with Pulitzer prize-winning novelist William Kennedy, and served as a guest artist for acclaimed theater director and artist Robert Wilson. His writing has been featured in the New York Times Magazine and Salon.com, and his films have screened at venues such as MoMA and the Smithsonian. Show less

The year is 2022. After a decade of world famine and food riots, the Mendelian Corporation now bioengineers the world’s entire commercial supply of genetically modified seeds. This comes at the expense of outlawed natural “heirloom” seeds, with their susceptibility to disease viewed as a threat to a stable food supply. The Mendelian Corporation’s control of the food supply gives it great political clout, and it has used it to consolidate great power. Rural areas and farm country are now under a corporate marshal law, and the ban on “heirloom” seed has resulted in a black market, with “seed-runners” emerging to satisfy the underground market.

Young boys seeking to serve their country are encouraged to join the Mendelian Corporation’s Sprouts youth program. The Sprouts motto “Duty First” indicates that the security of the food supply comes above all else, and that a Sprout must remain vigilant at all times. At 12 years old, Juan (Sebastian Villada) is completely devoted to the Sprouts, and to Sprouts leader and local security chief Dick Phillips (Yul Vazquez). Under his tutelage, Juan — whose mother died in a food riot a decade earlier — routinely uses his electronic “seed-sniffer” to secretly inspect the crops on neighboring farms in search of “bad seeds.” On one otherwise average day, Juan is inspecting a cornfield on the Ballard Farm when he discovers a contaminated patch. The field is burned down and the farmer is arrested.