Sumo wrestling offers a window into the cultural collision of East and West as worldwide interest grows and foreigners rise to the top. 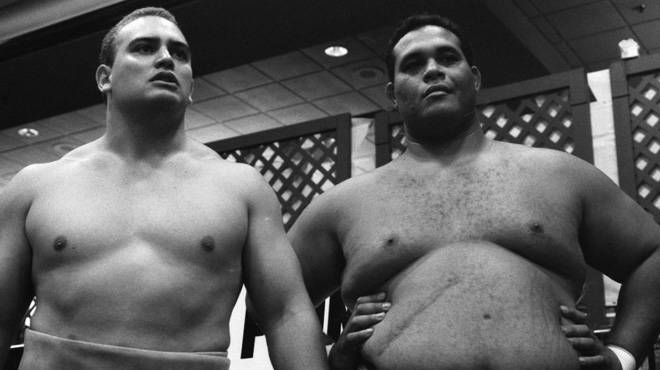 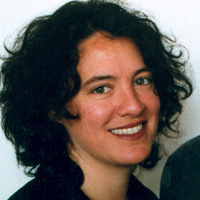 Ferne Pearlstein is a prizewinning cinematographer, a feature film editor, and a writer/director whose work has won numerous awards and been screened and broadcast around the world. Pearlstein holds postgraduate degrees in documentary film and photography from Stanford University and the International Center of Photography. In 2003, Pearlstein‘s… Show more feature documentary Sumo East and West premiered at the Tribeca, Los Angeles, and Melbourne International Film Festivals, and was shown on PBS's Independent Lens and broadcast around the world. Her other director credits include Dita and the Family Business (PBS) with Josh Taylor, and her debut short Raising Nicholas, which premiered at the 2003 Sundance and San Francisco Gay and Lesbian Film Festivals. Pearlstein is one of only a handful of female cinematographers featured in Kodak's long-running “On Film” ad campaign in the pages of American Cinematographer magazine. In 2004, she won the Excellence in Cinematography Prize at the Sundance Film Festival for her work on Imelda, a feature documentary about Imelda Marcos for which she lived and traveled with the former First Lady of the Philippines during her campaign for the presidency. She was cinematographer on Academy Award winner Alex Gibney’s segment of Freakonomics; DP on three-time Academy Award nominee Deborah Dickson’s Ruthie and Connie (HBO); and DP on The Voice of the Prophet (Sundance, 2002) where she met her long time collaborator and husband Robert Edwards, who had hired her to shoot the film. They have been producing partners ever since. Pearlstein went on to co-produce and edit, as well as direct and shoot 2nd unit, Edwards’ first feature Land of the Blind, starring Ralph Fiennes and Donald Sutherland, which premiered at the 2006 Tribeca Film Festival. Most recently, she was a producer on Edwards’ feature One More Time (aka When I Live My Life Over) starring Christopher Walken and Amber Heard, which premiered at the 2015 Tribeca Film Festival. Show less

Other ITVS Films
The Last Laugh 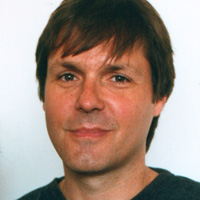 Based in New York City, Robert Edwards is a graduate of Stanford University’s Master’s Program in Documentary Film and a former infantry and intelligence officer in the United States Army in Europe, the U.S., and the Middle East, including service with a parachute infantry regiment in Iraq in the Persian Gulf War. His award-winning film Paranoia,… Show more inspired by a skydiving accident in which he broke his back, has been screened and broadcast on television and at film festivals in more than a dozen countries. Among his credits as an editor are Barry Levinson’s feature-length documentary Yesterday’s Tomorrows for Showtime, part of a traveling exhibition of the Smithsonian Institution; Abandoned: The Betrayal of America’s Immigrants, for PBS, which won a DuPont-Columbia Journalism Award; Stopwatch, a PBS documentary by Bill Jersey and Michael Schwarz; and In Search of Law and Order: Catching Them Early, the final episode in the landmark three-part series on juvenile justice directed by Ray Telles and produced by Michael Schwarz and Roger Graef for PBS and Channel Four. His documentary short The Voice of the Prophet, an interview with Rick Rescorla, a veteran of three wars and head of security for Morgan Stanley Dean Witter who was killed in the September 11 attack on the World Trade Center, screened at the 2002 Sundance Film Festival. Edwards recently won a Nicholl Fellowship in Screenwriting from the Academy of Motion Picture Arts and Sciences for his screenplay Land of the Blind. Show less

Other ITVS Films
The Last Laugh

Four years in the making, Sumo East and West offers a rare opportunity to go inside the highly secretive world of sumo, where the historical clash between East and West plays out in the story of the Western outsiders who have entered this quintessentially Japanese institution.

Sumo is not only Japan’s national sport, but also a centuries-old cultural treasure that is literally part of the Shinto religion. Since the 1970s, however, the success of bigger, heavier American sumo wrestlers from Hawaii has marked a controversial change in the sport, culminating in the 1993 ascension of Akebono (Chad Rowan of O’ahu) to become the first non-Japanese yokozuna, or grand champion.

At the same time, foreign promoters have started marketing sumo in the West as part of a broader movement to gain Olympic status for the sport. Sumo has appeared in decidedly non-traditional forms, such as the glitzy tournaments in Las Vegas and Atlantic City. Yet the push to gain Olympic status has also required various concessions, such as the use of a non-dirt sumo ring, the acceptance of bicycle-style Lycra shorts under the sumo belt, and most radically, the introduction of sumo competition for women. In Japan, such developments remain the source of heated debate between purists and more global-minded elements in the sumo community that are eager to spread the sport worldwide.