Vietnam: The Next Generation

Today, three quarters of Vietnam’s population is under the age of 30 — too young to remember the war, yet old enough to have witnessed its aftermath. 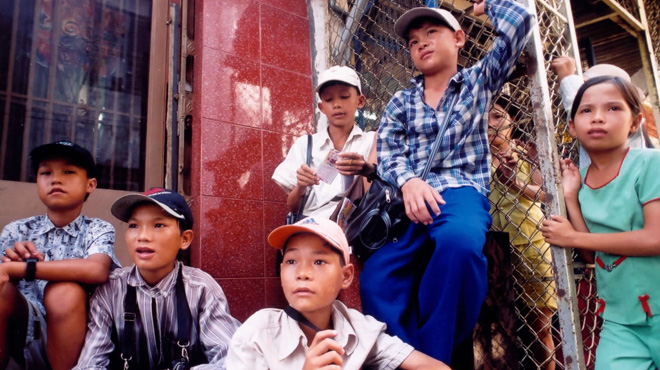 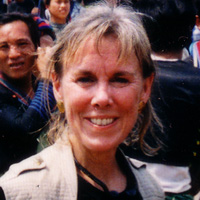 In 1997 Sandy Northrop moved to Hanoi, Vietnam, accompanying her husband, David Lamb, a correspondent for the Los Angeles Times. That year, she began making Assignment Hanoi, her first program about Vietnam for PBS, telling the story of Pete Peterson, who had survived six years as a POW in the “Hanoi Hilton,” and was returning to Vietnam as the United… Show more States’ first Ambassador since 1975. Northrop produced, directed, and edited the program, as well as taking on a new role as cinematographer. Her second program, Vietnam Passage: Journeys from War to Peace highlighted the Vietnamese perspective on the war and its aftermath. Vietnam: The Next Generation is the final film in what has become a trilogy on modern Vietnam. Northrop has been a filmmaker since 1972, when she graduated from Stanford University’s master’s documentary program. From 1976 to 1985, she was a location manager and editor for the National Geographic Society on its acclaimed television specials, covering topics from endangered elephants and gorillas in Africa to the impact of the computer on our lives. Northrop set out on her own in 1987, producing How Do You Get To Carnegie Hall?, the story of pianist Jimmy McKissic. Two years later she moved to Washington, D.C., and spent the next seven years producing the historical montages that have become the signature for PBS’s National Memorial Day and A Capitol Fourth live concerts. Since returning to Washington, D.C., Northrop has been developing a weekly segment on American editorial cartoons for The NewsHour with Jim Lehrer. The concept grew out of Drawn & Quartered, a book she co-authored in 1996 on two hundred years of American editorial cartoons and their impact on political and popular culture. Show less

Thirty years ago, the only future that awaited young Vietnamese was war. But how have those born in the war’s aftermath capitalized on the dividends of peace? The final film in Sandy Northrop’s trilogy on Vietnam today, Vietnam: The Next Generation profiles the lives of seven young Vietnamese, revealing the challenges, choices and dreams that shape their lives, and that of their generation.

Vietnam’s first postwar generation is coming of age, and its members — now in their 20s and 30s — are seizing opportunities unimaginable in their parents’ time. Communism is losing its relevancy, the doors of a free-market economy are opening and memories of the war are being relegated to the distant past. This generation, representing 80 percent of Vietnam’s population, is making up for lost time, exploring all the benefits and costs of their country’s new economic and cultural future.

Yet prosperity is nowhere close to reaching all young Vietnamese. Vietnam: The Next Generation follows construction engineer Le Viet Tien, who works to rebuild the Ho Chi Minh Highway far from his wife and newborn child; Pham Van Vinh and his sister Loan, two of the thousands of children living on the streets of Ho Chi Minh City; and Le Thi Phuong, a rural farmer who lost a leg in a landmine accident and now struggles as the sole supporter of her entire family.

The new generation gap is perplexing to the old guard leadership in Hanoi, underscoring the immense challenges the government faces in meeting the aspirations of the young. As the people featured in Vietnam: The Next Generation prove, the social and economic answers ultimately lie with this generation, the future leaders of Vietnam.