Witnesses to a Secret War

The stories of three generations of Hmong refugees as they struggle with their personal and political legacies. 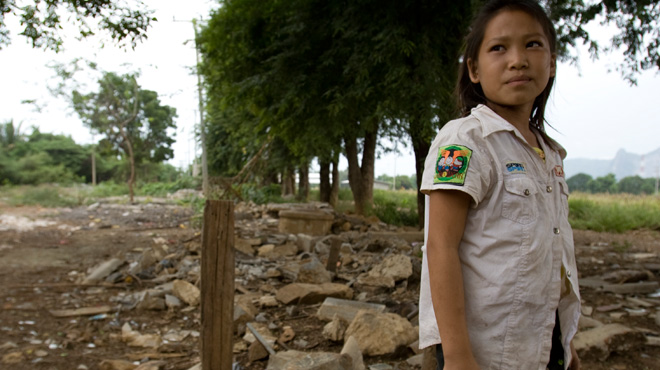 While the war in Vietnam raged in the headlines, a secret war was undertaken in neighboring Laos, where the CIA recruited Hmong tribesmen to help them push back against the North Vietnamese. When Laos eventually fell to the Communists in 1975 and the CIA withdrew, the Hmong became hunted in their own country. Thousands fled across the Mekong River into Thailand where an entire generation grew up in refugee camps.

Finally, through much international deal-making, the United States opened its borders to the Hmong displaced by their allegiance to the U.S. years before.

Witnesses to a Secret War tells the stories of three generations of Hmong refugees as they struggle with their personal and political legacies. The Xiong family, who fought on America's side of the “secret” war in Laos and spent 30 years at Thai refugee camps, tries to claim their own piece of the American dream in Minnesota. Meanwhile, Ka Ying Yang, a Hmong American who is trying to discover her roots, looks back at the legacy of the secret war on her own identity.