At GlobeCom India, Rahul’s days blend together. But an office showdown offers him a rare chance to leave his dungeon-like home. 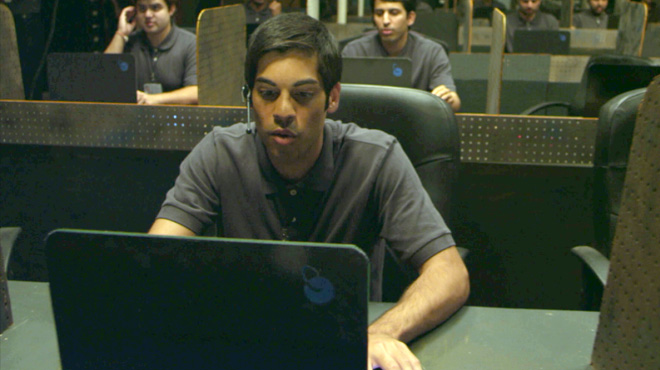 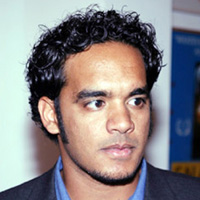 Sharat's creative work has earned nearly two dozen international awards and continues to entertain audiences throughout the world. He wrote and directed the short film American Made, which aired on PBS's Independent Lens. Sharat produced, directed, and edited the similarly acclaimed Divided We Fall, the first documentary to chronicle the rise in… Show more hate-crimes in the immediate aftermath of Sept. 11, 2001. Recently, he was chosen to be a Directing Fellow at ABC Networks and at Film Independent, after graduating with high honors from the American Film Institute. He began his career working for legendary casting director Mali Finn on The Matrix Reloaded, The Matrix Revolutions, 8 Miles, and others. There are no outstanding warrants for his arrest. Show less

Other ITVS Films
American Made 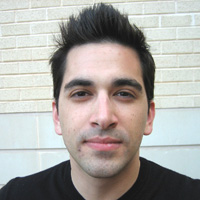 Marcus has been making film and television programming, with a special appetite for social interest stories, for more than 10 years. He received an MFA in Film Producing from the American Film Institute, where he worked with writer-director Sharat Raju to make the award-winning short film American Made. Marcus also worked in development at the… Show more newsmagazine Dateline NBC and the Mark Gordon Company. Marcus began a successful casting agency in Los Angeles before moving to Georgia, where he is now a digital-filmmaking professor at the Art Institute, Atlanta. Show less

Other ITVS Films
American Made

Rahul’s days blend together. GlobeCom India, his employer, specializes in remote systems operation. When Rahul leaves his dungeon-like GlobeCom office, he goes to his dungeon-like living quarters in Technology City. But things change when an American contractor announces a new partnership with GlobeCom — Planet Dogstar, a massive multi-player online flying combat simulator where players shoot down targets on an alien planet. GlobeCom is hired to operate and manage the game. To decide who will lead and manage the operation, the company organizes an office showdown: whoever shoots down the most targets wins the promotion as well as a one-week furlough to leave Technology City. Can Rahul beat his coworkers to win the game?